Have a browse of my work available in my online shop and if you have any questions, please don’t hesitate to contact me.

Free deliveries in UK for orders over £10 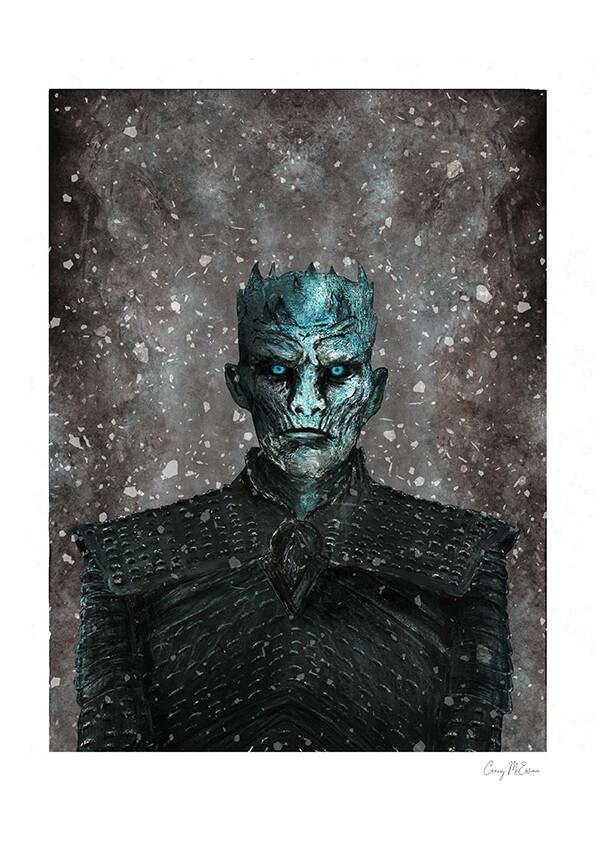 When ordering 2 for £30, I will be in touch to confirm which prints you would like.

When ordering framed and mounted prints I will be in touch to confirm which print you would like.

A4 print of acrylic painting of;

The Night King as featured in Game of Thrones

The Pale Man as Featured in Pan's Labyrinth

Frank the Bunny as featured in the film Donnie Darko.

The Witch King of Angmar as featured in Lord of the Rings.

Created as part of a pop culture character series.

Save this product for later
Display prices in: GBP

For commissions, head to my "About Me" page and fill in the contact form and I’ll get back to you as soon as possible.

More of my work is available on the below websites.

My work is also available in the following shops: